Description: The whitefish differs for its diversity. The head small is, the muzzle is sharp. The scales are relatively large. The overall color of the body is silvery with a heavenly shade. The back is dark green, gray or almost black, the sides are silvery, the belly is white. The whitefish has a small mouth with a maxillary bone, which does not extend beyond the eyes. The upper jaw does not have teeth. On other parts of the mouth, the teeth eventually disappear. The whitefish are quite rare and very valuable. The meat of the fish is white. The fat contains vitamins, which are vital to the human body.
Species: Whitefish.
Family: Belongs to the salmon family.
Life Expectancy: Up to 20 years.
Body length: Small whitefish – 10-15 cm.
Large whitefish – 30-60 cm.
Weight: 1-12 kg.
Fish spawning: The sexual maturity of the whitefish occurs at 2-3 years of age. The spawning occurs in November on the shallows, abundantly overgrown with reeds. The lake whitefish spawns and lives within the same lake. The river whitefish spawns in the river, where it constantly lives. And the lake-river female whitefish rises to the lake, where it lives, along the mouths of flowing rivers, swimming against the stream of water.

Nutrition: Nutrition lasts throughout the year, including in winter. The whitefish are predators. Nutrition of fish consists of various animals – insects, benthos, worms, clams, fish eggs and sometimes their own, river larvae, mosquitoes-derguns, cyclops, daphnia, jigs. Large whitefish also hunt little fish.
Fishing: In the summer, the whitefish swims along the river in search of food. For catching whitefish, it is necessary to search in pits with a reverse stream, on rolls in sunny weather. In the spring, whitefish is often found in places of congestion of little fish and any small fish groups. The most catchy period of winter fishing for the whitefish is the period of the last ice. The whitefish almost always ignores the bloodworms. Large fish are caught very rarely in winter. The whipping of the fish is not sharp, he fights weakly when being taken out of the water. The whitefish is an interesting object of sport fishing.
Gear: Bottom wiring, winter spinner, method of “hanging” from the boat, jig with a nod, spinning on a narrow wavering spinner, fly-fishing on a dry fly or live insect.
Habitat: Lake Sevan (Armenia), Lake Chud (Northern and western shores belong to the Republic of Estonia, eastern – to the Russian Federation), the Baltic Sea, the North Sea (edge sea of the Atlantic Ocean washing the shores of northern Europe), the Gulf of Finland (gulf in the east part of the Baltic Sea, washing the shores of Finland, Russia and Estonia), the Northern Dvina (Russia), the Vyg River (Russia), the Son River (river in the east of France), the Pechoya River (river in Russia, flowing through the Komi Republic), the Mezen River (river in Russia, flowing through the Arkhangelsk region), The Kola Peninsula (Murmansk region, Russia), the Arctic Ocean.
The most famous species of whitefish: largemouth vendace, Atlantic whitefish, ludoga, chir (chookur), Chud whitefish, Baunt whitefish, omul, muksun, tugun, Siberian (Pigjan), Volkhov whitefish, Valaam (Valaamian), European vendace, Baltic whitefish .

Nutritional value and chemical composition of whitefish in 100 g of product contains: 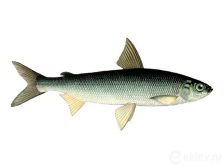 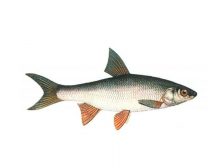 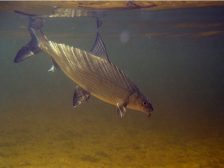 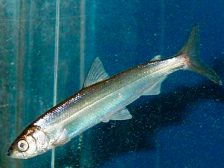 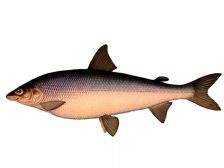 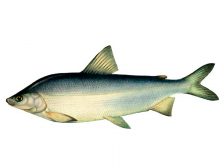 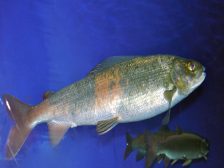 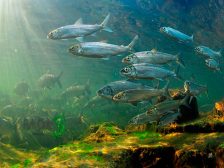 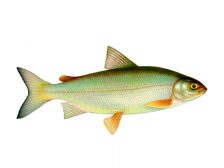 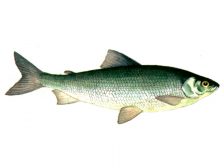 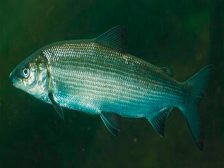 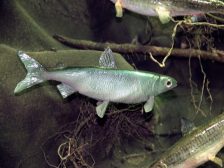