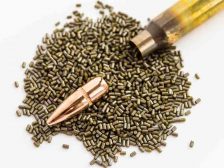 The black gunpowder, consisting of saltpeter, charcoal and sulfur, was used for several centuries and in the middle of the 20th century practically disappeared from use. Currently, only amateurs of old weapons use it. The black gunpowder had a number of serious defects, which include insufficient energy and a large amount of smoke emissions. In connection with this, at the end of the 19th century and the beginning of the 20th century, a “great revolution” took place and the smokeless powder or nitropic powder was invented. In 1884, the French engineer, inventor and chemist Paul Viel invented a new type of gunpowder – pyroxylin. Smokeless gunpowder includes ballistite, white gunpowder, and cordite. Smokeless gunpowder consists of an organic solvent of monobasic nitrocellulose, usually with 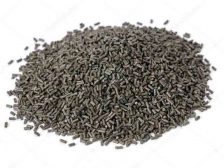